It’s Okay To Own Your (Social Media) Mistakes

Everyone makes mistakes – even the smartest people in the room. And even your favorite publications.

However, not everyone owns up to those mistakes, especially on social media.

In a world where information moves faster than the speed of light, often times when we goof on social media the knee jerk reaction is to ‘DELETE’ the post as quickly as we can; but that doesn’t always need to be the case.

As social media evolves and becomes more personal, it’s okay to admit mistakes. Take this Slate example from yesterday. Instead of including a picture of an adorable squirrel and horse in one of their tweets, they included a photo of pro football player James Harrison. 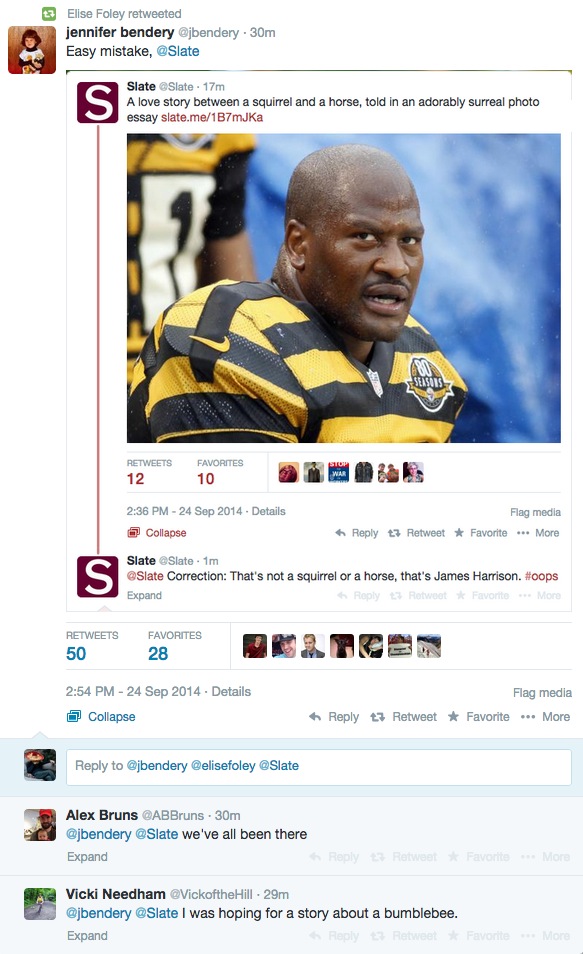 Did they delete the tweet? Nope. They owned it.

And in this case, they got a lot more traction because of it.