I woke up on Monday morning, brushed my teeth, put on a suit and ventured to the most famous piece of real estate in the United States: 1600 Pennsylvania Avenue. I was lucky enough to participate in the White House’s holiday tweetup. The event – initially explained as an opportunity for tweeps to see the White House all decked out for the holidays – also featured a morning of conversations with administration officials. We heard from tech and engagement officials like U.S. Chief Technology Officer Aneesh Chopra, White House New Media Director Macon Phillips and Office of Public Engagement Director Jon Carson. Others who spoke included White House pastry chef Bill Yosses and White House florist Laura Dowling.

The morning was fascinating. Each new speaker brought a different perspective on what it means for the White House to operate every day. For Phillips, it’s not just about staying plugged in to the world of social media. He explained it’s also about knowing when to step back. “It is very easy to open up a lot of presences,” he said, “but you have to understand why you’re doing it.” Chopra explained that his role is to ensure that the White House remains as transparent, participatory and collaborative as possible.

As great as all of this insight was, there was one not insubstantial problem: very few of the people in the audience could actually tweet. The first part of the day was housed in the bowels of the Eisenhower Executive Office Building. Barely anyone had a cell signal. And as the White House has no WiFi, we were stuck in a connectionless vacuum until we emerged from the building for lunch. Frustrating? Sure. Comical? Absolutely. But at least the staffers had a sense of humor about it and admitted that the limitations frustrate them as well.

Then came the tour. We entered the White House through the East Wing. And from the moment we stepped inside, every room was decorated from floor to ceiling with dozens of Christmas trees (I believe the final count was 35) and other seasonal decor. Also, every room had an iteration of the Obama’s dog, Bo, made from different media. My favorite? The gigantic version made of felt.

For a full range of tweets from my day at the White House, check out my feed (@QuoVadimusDC). Here are my best shots from the day. I also suggest you check out these posts by fellow attendees Tom Bridge and Erin Sutherland for high-quality photos. 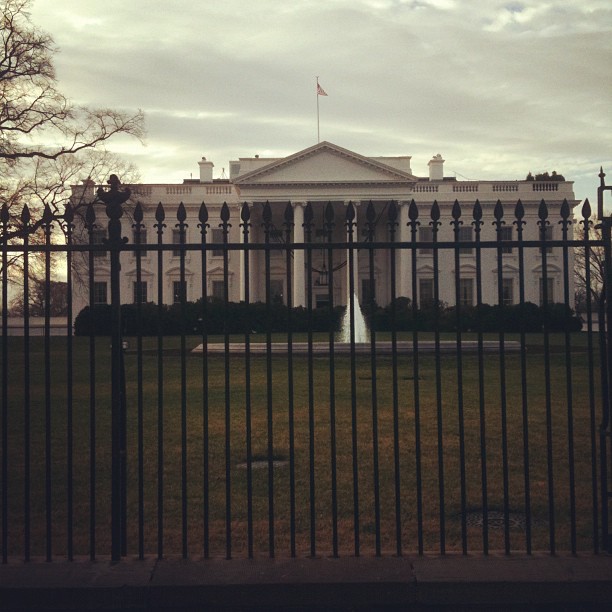 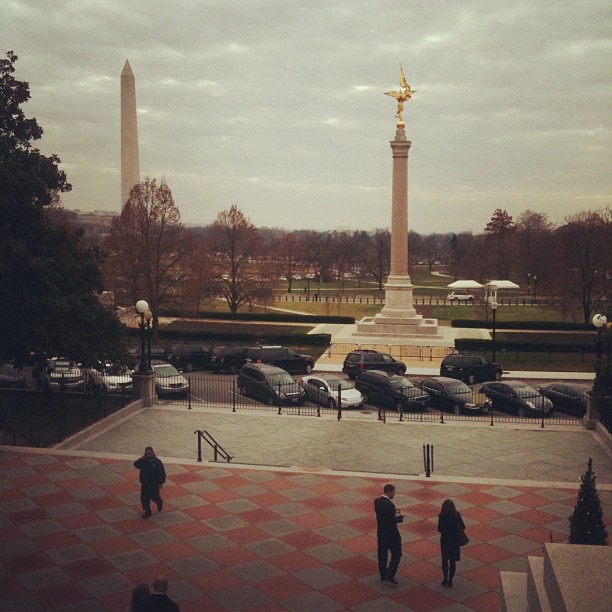 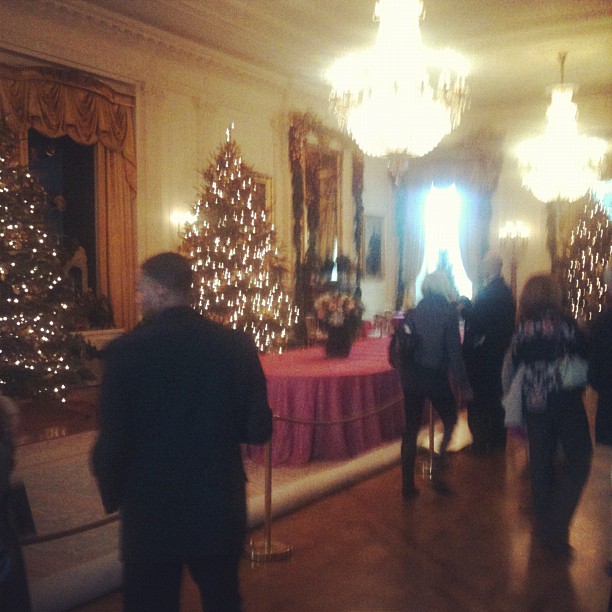 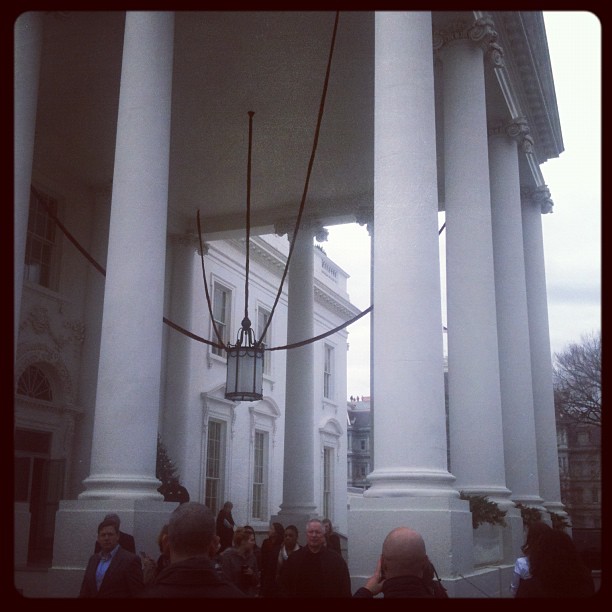